Ratmansky’s 2003 remake of the 1935 Lopukhov/Shostakovich ballet Bright Stream raised a few eyebrows when it was restaged here in the US for American Ballet Theatre (ABT) in 2005. A few critics wondered why a ballet that sent one of its collaborators to the gulag was being redone with little to no commentary on its context. Bright Stream is set on a collective farm and at the time of the ballet’s making, millions had died in Russia as a result of Stalin's forced collectivization of agriculture. All of this is at odds with the ballet’s slapstick, vaudevillean nature, which Ratmansky retained.  The uncomfortable question arose – is this Stalinism as kitsch? 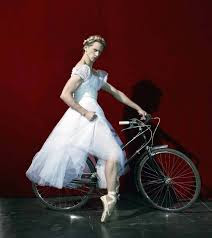 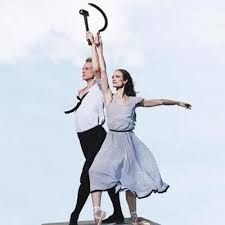 Probably ABT could have done a better job explaining the context of the ballet to the audience. Knowing this context makes understanding the positioning of this ballet – and the fact of its reconstruction – much more complicated and interesting. For instance, if you know that this was the last ballet Shostakovich ever composed, and that for Lopukhov this ballet effectively marked the end of his experimental choreographic career, the reconstruction of the ballet – and the retention of its comedic flavor – takes on a different valence. In the 1930s the arts in Russia became increasingly beholden to the official state aesthetic doctrine of socialist realism. Bright Stream attempted to meet these goals with its depiction of contemporary Soviet life, but failed to promote socialism in a way considered sufficiently serious or “realistic” enough. To maintain the comedy intended by its original creators – avoiding the didactic impulse to “educate” the audience in a vulgar fashion, which was unfortunately the effect of much socialist realist art – this in itself could be viewed as a tacit protest. The question then becomes to what extent Bright Stream’s refusal to engage with the political is a reaction to the didactic imperative of socialist art and to what extent it is simply appealing to a vogue for Soviet-era kitsch. 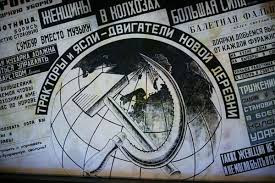 It seems that Ratmansky left open the latter possibility, as a kind of insurance policy, when he first recreated this ballet for the Bolshoi in 2003. The Russian critic Pavel Gershenzon made the point in 2008 that Ratmansky better than all the other Russian choreographers knows each market where his ballets will be produced. “At the Bolshoi Theatre – Bright Stream, for a simple public and a patriotic, nationalistic elite; exhaustive dancing in “Cards” [Jeux de cartes] – for advanced balletomanes and critics. In New York – an abstract ballet to the music of a new Russian composer, with big jumps, broad, ample movements a la Bolshoi and elements of Russian feeling” [speaking of Russian Seasons (2006), to music of Desyatnikov].  But, as he says, it’s hard to fault him for that (if indeed such adaptability even is a fault). And in Bright Stream Ratmansky included some subtle and not-so-subtle ironic touches, which audience members could be free to look for or ignore. The frontcloth carries the text of the original Pravda denunciation of Lopukhov and Shostakovich, “Ballet Falsity.” (But you would need to read Russian to know this.) In the third act, at a kind of agricultural festival, the cast wheels on a parade of gigantic, oversize vegetables (think pumpkins the size of a futon). Here the joke is more pointed and obvious given that there were widespread food shortages in the 30s (plus the fun of poking fun at the Soviet super-producer mentality, these Stakhanovites of vegetable production). The grim reaper makes an appearance as well, but he is literally waltzed off the stage by our fearless cast. If only it had been that easy, right? 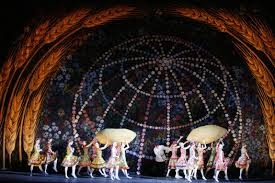 Plus, we have to look at the movement language that Ratmansky uses, which is something unique to him and very different from Soviet style ballet. Pavel Gaevskii described it as follows: “a skillful, easy, inventive dance style, full of dance jokes, and having nothing in common with the heaviness, pathos, and bombastic dance style of Soviet ballet.” By virtue of this style Ratmansky’s ballet cannot be considered a slavish imitation or even homage to socialist realism, but something new altogether. In fact we could view Bright Stream as a watered-down version of Russian postmodernism following Alexander Genis’s observation that Russian postmodernists used socialist realism the way that Western postmodernists used popular culture – as a “source of literary devices and clichés” that mixed ambivalently with avant-garde techniques and leanings.  (His formulation, following Leslie Fielder: Russian postmodernism = avant-garde + sots-realism [socialist realism].) This notion of Ratmansky as influenced by the aesthetic strategies of Russian postmodernism deserves a lot more thought. I’m not convinced that Bright Stream could be considered an example of it, at least in Genis’s formulation, but it’s an appropriate lens to apply to (off the top of my head) Bolt and the Shostakovich Trilogy.

There IS though something in this sophisticated use of irony in Bright Stream that accords with the ideas of Mikhail Epstein involving a specific new function and definition of irony in Russian postmodernism - a kind of double-speak that never lands on either the pole of the literal or the pole of its implied opposite meaning, but somewhere else altogether. Epstein termed this kind of irony "trans-irony", which he stated uses "ready-made ironic cliches as its material" that have "become just as ossified in social consciousness as have weighty, pathos-laden cliches." Epstein goes on: "The two possible modes of receptions of the words "fatherland" or "Soviet power," for instance, have been frozen into cliched gestures: either that of standing at attention or of sniggering behind one's hand." Epstein indicates a third choice: "endow[ing] these words with a new intonation, which is neither serious nor ironic, but "otherworldly," so to speak, from beyond the grave." This attitude bears a family resemblance with the playful refusal in Ratmansky's Bright Stream to use irony in a biting, satirical way, while at the same time the ballet calls us to attend to the fantastical elements of socialist mythology. We are asked to view these elements from a more neutral vantage point, with a sense of a continuum of human behavior; the folly of an old man falling in love with a man dressed as a woman is equated to the folly of believing in gigantic vegetables which is equated to the improbable folly of just dancing Death off the stage. (As we know this latter was a historical impossibility; Stalin stuck around for some time. Yet even at this moment in the ballet, when we are so clearly reminded of the spectre of death, we are forced into a third term, as this image of the Grim Reaper - so easily disposed of - reminds us of the sad historical reality while audaciously positing an alternate, fantasy ending; and the play between these two propels us into unfamiliar territory, a feeling of Eptstein's "otherworldliness.") Such a vantage point also negates the snob factor of irony, or the self-satisfaction that comes with recognizing that you "get it" while the targets of the irony do not. This trans-irony is irony without winners or losers, irony without a clear or stable target; instead, it forces one into a broadly "humanistic" viewpoint, like a disillusioned but secretly idealistic misanthrope singing kumbayah at a campfire.

Posted by Carrie Gaiser Casey at 9:35 PM No comments: