On Sunday I attended the second women ballet choreographers' mini-conference at the Djerassi artist retreat center in Woodside, CA. I hope this event, which is put on by Kathryn Roszak of Danse Lumiere, will continue to be an annual tradition. This year’s program was more interdisciplinary, including singers, composers, opera directors, and community and business leaders on the program. Whatever we may have lost on the specific issues facing women ballet choreographers, we gained in breadth and new perspectives.

Some of these artists were fresh on the heels of an event held at the 92nd street Y in New York, “Moving Forward – Women Ballet Choreographers East and West” where NYCB principal Ashley Bouder declared that there is indeed a movement afoot for female choreographers in ballet. Certainly there has been much more media attention given to this issue in the past two to three years. Just a few weeks ago there was a bit of a Twitter kerfuffle over Justin Peck, Christopher Wheeldon and Alexei Ratmansky’s responses to New York Times critic Roslyn Sulcas’s question on the challenges facing women ballet choreographers. Here's the start of the thread if you're interested:
https://twitter.com/LukeJennings1/status/856120431153164288 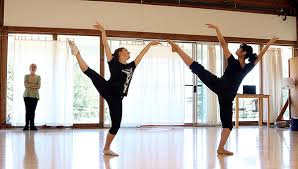 In our hometown of San Francisco there are definite signs that the lack of diversity among the choreographers on San Francisco Ballet’s programs of late is being rectified. The New Works program slated for April 2018 includes Annabelle Lopez Ochoa, Cathy Marston, Dwight Rhoden, and, I believe for the first time ever, a work by long-time Bay Area choreographer Alonzo King.  I am really proud that I had a hand in securing the SFB visiting scholar for 2017, Professor Thomas De Frantz, who gave illuminating lectures on the history of African Americans in ballet and facilitated many conversations concerning diversity with SFB students, patrons, and staff. The desire to be inclusive is absolutely there, but there are many barriers.

My hope is that the elite ballet institutions are realizing that if they want to attract younger audiences and remain culturally relevant, they have to be willing to branch out to include other voices. Of course, this begs the question of whether or not someone’s race or gender will “automatically” mean that that choreographer will have a different perspective. Of course not, and I don’t think that that should be the expectation. Crystal Pite for one has said that she does not want to be labeled a “female choreographer,” but identified simply as “choreographer.”

However, the very fact that the creator of a work is female may cause one to interpret a work slightly differently.  For example, in Annabelle Lopez Ochoa and director Nancy Meckler’s A Streetcar Named Desire, Blanche’s story becomes the story of what happens when a woman cannot find a safe place to land within a patriarchal society. Events are told from Blanche’s point of view. We see Blanche’s mental unraveling from the beginning (the ballet has reordered the flashbacks of the play), and as such sympathize more with her plight. In contrast, when director Elia Kazan premiered the stage version of Williams's play with Marlon Brando as Stanley, audience members actually cheered in the scene where Stanley rapes Blanche. Apparently Kazan’s staging portrayed Stanley as the victim of a predatory homewrecker, which seemed to justify for some audience members his violence towards Blanche. We can't know for sure, but it certainly seems like the gender of the director or choreographer made a difference here. (Lopez Ochoa's Streetcar is at Cal Performances this week.) 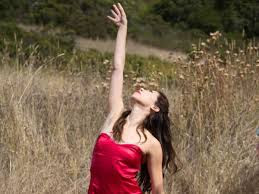 My favorite part of the Djerassi event this time was the performances. The ballet excerpts by Dalia Rawson and Kathryn Roszak both centered on how female artists speak to one another across generations – whether to their former selves, or to “ancestors” who inspire them. In “After Dreaming,” Rawson’s piece, four dancers in black Mozartiana-type dresses exchanged movement phrases, with the group sometimes “policing” one other by physically drawing back another dancer’s arm, preventing further movement. The ballet was about Rawson’s experience of having to stop dancing after receiving a devastating medical diagnosis, but expanding outward, it also felt like a requiem for what has been left unexpressed by female artists. Roszak’s piece was set to a sung version of Emily Dickinson poetry (composed by Gordon Getty). With the live singer (Lisa Delan), “voice” was very much at the forefront, not only through the actual use of the voice of the singer, but also through the very personal solos expressing aspects of Dickinson’s poetry and/or character. They were perfect for the small space we were in, being very intimate and conversational in nature.

Former San Francisco Ballet soloist Dana Genshaft shared with us her work at the San Francisco Ballet school teaching improvisation. This effort has borne fruit. Not only did it launch Genshaft as a choreographer, but it’s been a driving force behind several collaborations involving the SFB trainees. Dana showed us excerpts of one such collaboration, with the SF Jazz Youth Orchestra. This performance, based on what I could see, deserves to be on the main opera house stage for its fleet-footed musicality alone. Improvisation is such an important tool for generating movement, and the fact that Genshaft is teaching this technique (Forsythe derived, I think) at the ballet school bodes well for the school as an incubator of choreographic talent. I also hope that she continues to receive opportunities as a choreographer. Genshaft mentioned a dream of doing a full length ballet with a female heroine in modern day fairy tale mode. Perhaps she could collaborate with Audrey Vardanega, a preternaturally talented composer who participated in the Djerassi event. Vardanega shared with us a movement from a ballet suite she wrote when she was ELEVEN that she is now reworking in her graduate program at Columbia. She also wrote the libretto for this ballet, which concerns a young, impressionistic pre-teen and her search for meaning.

One of the themes that emerged in the discussion panels is how finding your path as an artist is essentially an improvisatory endeavor. You have to create your own opportunities and you have to wear a lot of different hats. It’s a little lonely sometimes. So, I’m very glad there is this opportunity for artists to get together and support one another.
Posted by Carrie Gaiser Casey at 4:22 PM 9 comments: